In a recent interview, Sharan Burrow, General Secretary of the International Trade Union Confederation says that ITUC advocates for the essential role of labour movements in shaping a just transition to a low-carbon economy. She argues that we can solve both the climate crisis and the social crisis, marked by record levels of inequality and distrust. But that requires new commitment to achieving shared prosperity and abandoning economic patterns that fail people and the planet. 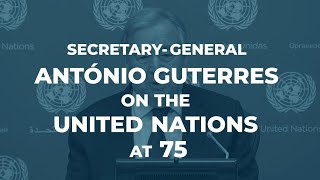 Weaving a Way to Independence

In Kavumu, a village in eastern Democratic Republic of the Congo, a young woman found a way to change her life. Neema joined a community project, where she learned how to read and write as well as to weave baskets. Co...

Javier Pérez de Cuéllar, who served as United Nations Secretary-General for a turbulent decade beginning in 1982, has left a legacy of peace around the world through his efforts to foster dialogue, bring parties toget...